Nihon Manga Juku is a manga school with a history of over 20 years, established with the aim of fostering professional manga artists.

As of December 2021, the school has produced 35 serialized writers, 55 debutants, and more than 100 prizewinners, including Akane Shimizu of "Cells at Work!” (Japanese: はたらく細胞), Tomo Takeuchi of "Welcome to the Ballroom”(Japanese: ボールルームへようこそ), and Hikaru Araki of "We Did It”（Japanese:僕たちがやりました). 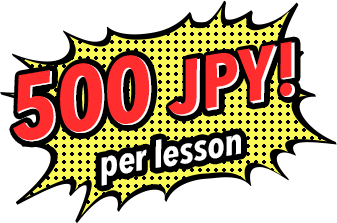 The background technique is very important for drawing manga. Let’s learn how to draw a fantasy world!!

Nakatsuka made his debut as a manga artist in 1996. He has been active in the world of American comics since then, and his works include "X-Men Ronin" and "Fantastic Four" for Marvel Comics. He has also written many books on illustration techniques. He is still active in the world of comics, illustrations and focusing on teaching the next generation of manga artists.

Uehara has been assisting Ms. Yoko Nihonbashi since 2007. She has been working as a freelance illustrator since 2012, mainly drawing illustrations and manga for web content and corporate promotion. Currently she is engaged in manga production and teaching. She is also a regular contributor for “Amabie-chan”(Japanese:アマビエちゃん) on SNS.

Matsumoto debuted as a manga artist in 1986 after working as an assistant to Yasuyuki Kunitomo. After his debut, he worked as an assistant for many artists including Hideo Yamamoto and Tetsuya Koshiba. He is currently in charge of manga production and assistant management for the serialization of "Cells at Work!” (Japanese: はたらく細胞). He is also engaged in teaching manga.

Kaneshima has been in charge of character design and drawing for many production projects. Some examples include the movie “Bakuman CROW” (Japanese:バクマン CROW), “Learn PDCA in Manga”（Japanese:まんがで身につくPDCA）, “Introduction to Drawing Manga”(Japanese:まんがで身につくPDCA), and “History of Japan” (Japanese:日本の歴史) by Seibido Publishing. He is currently working on many manga projects.

While at the Manga Juku, Iwasawa was assigned to a project by the editorial review board, and made his debut using his school project work "Let's Play Baseball!”（Japanese：野球しようよ！). In Akita Shoten's monthly Champion magazine he published, "Let's play baseball!”（Japanese：野球しようぜ！）and “More Let's Play Baseball! ” (Japanese:もっと野球しようぜ！) totaling 25 volumes. He also published 2 volumes of “Subten!" (Japanese:サブテン) in Shogakukan Weekly Sunday S extra issue. He is currently teaching manga as an instructor and producing manga.

Flow from Application to participation

The [MANGA DRAWING EXPERIENCE JAPAN] will be held using the conference application "ZOOM."
Please join from the URL in the email you will receive from Nihon Manga Juku.
If you have any questions, please contact Nihon Manga Juku at any time.

I don't understand Japanese at all, is it OK?
The MANGA DRAWING EXPERIENCE JAPAN will have an English interpreter.

What is the minimum age to participate in this event?
There is no age limit.

I have no experience drawing manga at all, am I eligible to participate?
There is no problem at all. Please enjoy viewing the skills of Japanese professional manga artists.

Will the participant receive the reminders before the event?
Unfortunately, we can not send a reminder.

Will you correct and critique my work?
This event is only a live trial lecture. No corrections or critiques will be provided.

Will you have a Q&A section about manga during the course?
We will not, however the instructor may take some questions depending on the progress of the course.

Will the course be held in Japan Time zone?
Yes, it will be Japan Standard Time.

Is the participation fee in Japanese Yen?
Yes, it will be 500 Japanese Yen. Please check the exchange rate when making the deposit. We will inform you of the PayPal payment destination in the email you will receive.